I’ve been on a baby shower kick!  I had a coworker who was pregnant and a cousin who recently announced to me that she is pregnant. Both were/are expecting boys. I’m not much of a baby blanket person.  I’ve only made two squares to contribute to a group gift blanket before.  For some reason, it just seemed like it would be fun to make Teenage Mutant Ninja Turtles.  I located a free patter online at: MyArtPetite. She had adapted a previous pattern located on the Craftster.org forums. I initially completed two Ninja Turtles using her modified pattern, but I felt like I didn’t like the color changes or the headband which seemed way too big.  I also added the buckle/insignia to the belt like the real Ninja Turtles. 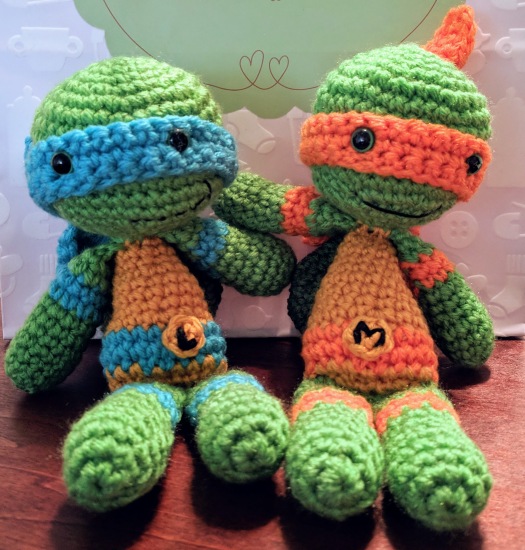 The real TMNTs wear brown belts. I also felt like I wanted a more turtle shape to the face. So I gave these two to my coworker because it was time for her baby shower and began experimenting with the head. Creating patterns is brand new to me. Initially I thought I could modify the shape of the head by increasing and decreasing stitches so I tried that. I also decided to overstitch the leg/arm bands and belt so that they looked less like stripes and more like actual bands/belts.

The result was a doll with a head too heavy for its body. I had also attached the legs differently and, unfortunately, the doll really can’t sit up.  Here is the failed doll:

I call it a failed doll, but that’s just because the result wasn’t what was desired. It’s still cute and it sounds like I’m giving it to my niece.

I decided that the bands and belt did not need to be as big as I made them here and that I might be able to achieve the face shape by needle sculpting.  I’d seen it done before online, but never attempted it myself.  Here is a great YouTube video on the subject: Needle Sculpting an Amigurumi Doll Face. It took a bit of practice figuring out when to sculpt and add the eyes. It was hard to add the eyes after I had finished crocheting the whole head and stuffing because I used safety eyes and they’re actually really hard to attach.  I needed room for my fingers, but I felt like I needed to sculpt first before adding the safety eyes. I managed to stuff and unstuff and figure it out.

The resulting Ninja Turtles are great.  I really like how they turned out and a lot of people have asked me to make them a set; HOWEVER, I’m ready to move onto the next project.  I’m tired of turtles.  I spent so much time on the head it got old fast. I like tiny projects because they’re over quickly. I guess I’m not the most patient person.

Here are the finished Teenage Mutant Ninja Turtles in all their glory:

What do you think? Let me know in the comments. 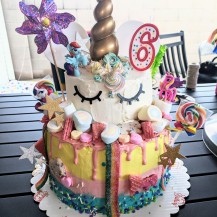 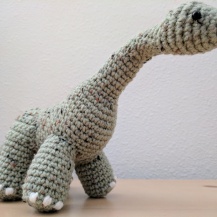 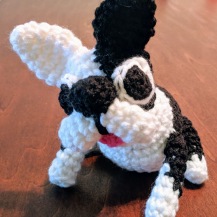 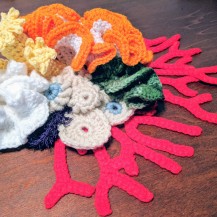 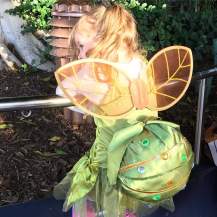