I found this pattern in Simply Crochet’s 2017 Amigurumi Collection. I thought he was so adorable that I had to make him even though he was rather large. Once I began working on the underside of the octopus, however, the project quickly became the bane of my existence. Each tentacle took hours and after several months of working on it once a week at my knitting & crochet group, I thought I was finished. I began to attach the underside tentacle section to the top body, but the underside tentacles were twice long as the top tentacles and nothing was matching up. 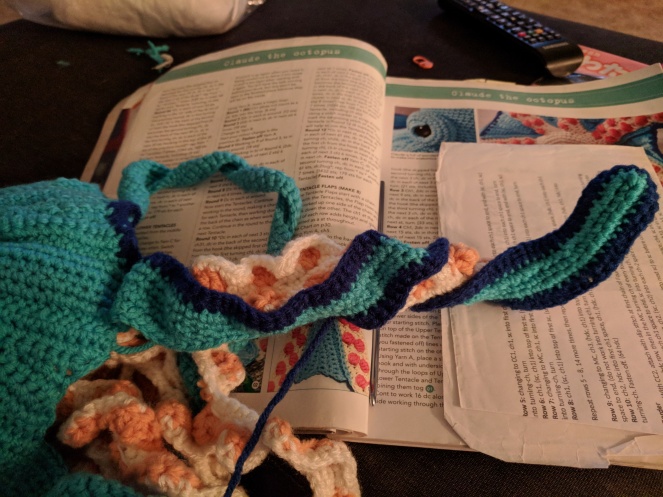 I reviewed the pattern again and after looking it up on YouTube, I realized I was doing my cluster stitches all wrong. I felt defeated and thought I would scrap the whole project, but the next day, I pulled out all the stitches and started over. I had five days off around Thanksgiving and told myself I was going to finish Claude no matter what. So here he is:

Everybody loves him. He’s been the center of attention at work, but I’m still a bit mad at him. 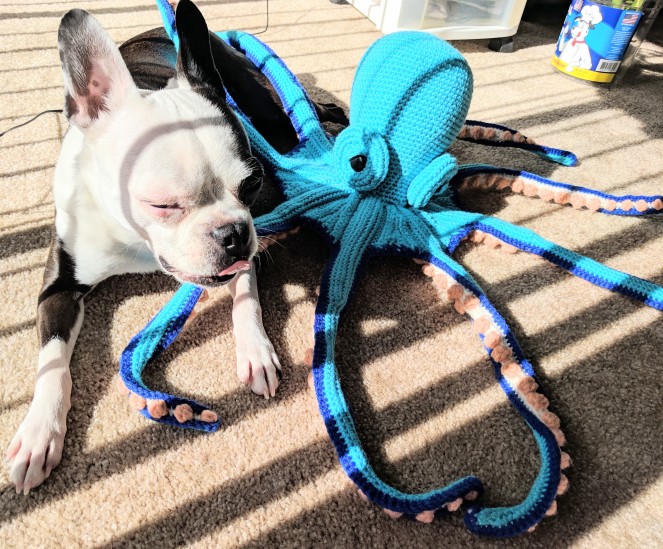 I’ll never be 100% satisfied as I can see every stitch I dislike, but I’m trying to look at it through other people’s eyes. He is pretty magnificent and I’ve learned A LOT through this project which will help me design my own patterns, but there is something to be said for small projects and how satisfying it is to create something in a few hours rather than a few months. On to smaller things I go! 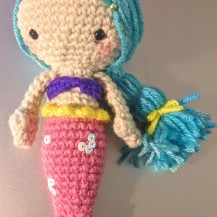 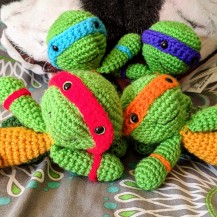 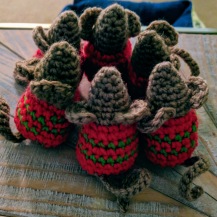